69-Year-Old Turns to Physical Therapy: ‘Now I wake up in the morning with a purpose’ 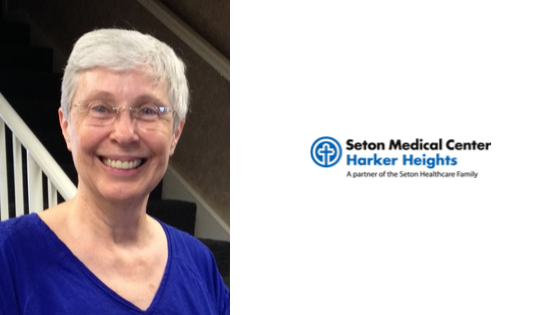 “When I look back to last year compared to now, I am an entirely different person. It took this physical therapy to make it happen,” Pearl Fellingham explained.

Before beginning physical therapy, Fellingham experienced severe pain, particularly in her back.

“Fourteen months ago, I fell backwards and two of my vertebrae in my back collapsed,” Fellingham said.

The pain intensified with Fellingham’s osteoporosis, a condition that causes bones to become weak and brittle. The pain was intolerable.

“The pain ranged from shooting pain from one side to the other, to down my leg, and up into my shoulder blades. I was also experiencing neck pain,” Fellingham said.

Fellingham received brief physical therapy at a nearby facility and began doing exercises on her own. The pain never ceased.

“I was spending an hour on the floor three times a day trying to do exercises so I could walk,” Fellingham explained. “I was losing the ability to walk and I didn’t know what to do about it.”

Everything changed when Fellingham walked through the doors to the therapy pool at the Armed Services YMCA Rehabilitation Clinic in August 2019.

Fellingham was immediately greeted by the lifeguard on duty and little did she know, her soon-to-be physical therapist, Cathy Endres.

A little over a week later, Fellingham began physical therapy with Endres two times a week. Together, the two worked to strengthen Pearl’s back, abdomen and legs.

“Cathy showed me exercises that are perfectly safe for me to do,” Fellingham shared. “She would move on carefully from exercise to exercise, but I was always in complete control. Her encouragement made me want to do more. It’s such a great feeling to be able to exercise in such a wonderful atmosphere.”

While waiting for her own sessions, Fellingham often observed other patients working with therapists.

“They give the patient their full attention, giving constant eye contact and always assessing pain level,” Fellingham said. “The therapists are well-trained and very professional. They are exceptional in every way.”

Working with Endres, Fellingham regained her independence and her confidence. She couldn’t believe the results she accomplished so quickly.

“Instead of waking up in pain, now I wake up in the morning with a purpose,” said Fellingham, who can now travel again, shop without being in pain, drive on her own and lift things in and out of her car. “I couldn’t stand more than 10 minutes prior to physical therapy. Today, I can stand for an hour.”

Packing up her walker was a major accomplishment for Fellingham, who had been using a walker for several months. “I was finally was able to fold it up and put in storage,” Fellingham explained.

Since therapy, Fellingham has continued to train with the exercises taught in her sessions. She utilizes both the facility’s Olympic size pool, as well as the therapy pool when it’s not being used by other patients.

“I have come away from therapy with about 40 to 50 different exercises that I will be doing for the rest of my life,” Fellingham explained. “They are simple and they work.”

Fellingham recommends the Seton Medical Center Harker Heights Outpatient Clinic to all individuals, especially to those experiencing pain on a daily basis.

“I think there are a lot of people out there, like me, who are just going through life in a lot of pain but don’t know what to do about it.”

Looking back, Fellingham is deeply appreciative of the partnership between Seton Medical Center Harker Heights and the Armed Services YMCA, as well as the people she has met throughout her journey.

“I had been standing in a dark hallway, looking for which door was going to open next. I thought they were all closed until Cathy and the lifeguard opened a door for me that day.”

The Power of Physical Therapy